If you answered “A,” my Secrets of High Dollar Fundraising workshop isn’t for you.

But if you answered “B,” read on.  This workshop will literally be worth its weight in gold.

However, the process of identifying, reaching out to and asking for support from a potential High Dollar Donor is very, very different from soliciting small dollar contributions.

At this workshop, you’ll learn key fundraising strategies, tips and tactics that I GUARANTEE aren’t being taught ANYWHERE else on the planet, including…

And much, much more…too long to include here

This is a brand-new workshop that has never been offered before…and who knows if/when I’ll do it again.

Whether you’re running for office or managing a campaign; whether you’re a party leader or conservative activist – or even a businessman, entrepreneur or professional looking for more sales – the Secrets of High Dollar Fundraising workshop is a must-attend.

Over many, many years I’ve invested, literally, tens of thousands of dollars attending seminars, schools and workshops – in addition to books, newsletters and online courses – that teach fundraising.  And with all I’ll be teaching at the High Dollar Fundraising workshop it should be priced at $495.

Dennis Hof – star of HBO’s “Cathouse” series and owner of the World Famous Bunny Ranch – has graciously agreed to cover my travel expenses and the cost of the meeting room and refreshments.  So the registration fee to attend the High Dollar Fundraising workshop won’t be $495.  Or $295.  Or $195.  Or even $95.

Instead, you can get in for the ridiculously low investment of just…$29!

Fair question.   Because I’ve learned over these many years that folks who don’t pay, don’t pay attention.  And I only want SERIOUS people in the room.  Players only.  Conservatives who will actually USE what they learn.

I have no doubt – ZERO! – that this will be the best, most useful, most enlightening, most informative workshop on fundraising that you’ve ever attended.  But if not, just tell me at the end of the evening and I’ll refund your registration fee 100%…no questions asked.

Seating is strictly limited to the first 40 people to register (Remember a couple years ago when then-Assemblyman Pat Hickey tried to register for the Campaign Training workshop after we were already sold out and I turned him away?  Boy, was he angry!)…so register TODAY.

P.S.  Every attendee will receive a FREE copy of my book, “The Ultimate Fundraising Guide to Getting Past the Gatekeeper: Inside Secrets, Simple Tips and Proven Strategies for Getting Your Foot in the Door with the Most Hard-to-Reach Major Donors, CEO’s, Celebrities and Political Big Shots” ($14.95 retail).

This book itself could easily end up being worth 100 times the cover price!

“If you are a beginner, like me, running for office, I strongly suggest you make an appointment with the Campaign Doctor. You will be amazed how much you don’t know about organizing, financing, and winning a race for public office.” – Jim Bathgate, Carson City, NV

“Chuck Muth’s campaign seminar was fabulous. I am running for office and I found all the information to be invaluable. It is a must-take seminar.” – Barbara Altman, Las Vegas

“Regardless if you are a seasoned politician or a first-time candidate, an experienced political operative or a novice wanting to wade into the political arena, everybody young and old will benefit significantly from the training seminars that Chuck Muth has to offer.” –Jerry Stacy, Reno, Nevada

“Anyone considering a run for office MUST attend Chuck’s classes. He shows how to navigate the pitfalls and potholes of campaigning in a most informative and entertaining way. 3 hours flew by!” – Assemblywoman Jill Dickman, Sparks, Nevada

“Thanks you for a great workshop. In three hours you were able to address much that was covered in a day’s worth of material. Excellent job. “ – Assemblywoman Robin Titus MD, Wellington, NV

“I found Chuck’s seminar to be very informative and helpful. I would highly recommend it to anyone running for office.” – Assemblywoman Lisa Krasner, Reno, Nevada

“It was a privilege for me to attend your candidate training seminar. IT WAS AWESOME AND INFORMATIVE. It captured my full attention for 3-1/4 hours. It is a must for all candidates and those considering running for office at any level.” – Otilia Krapff, Reno, Nevada

“Your workshop was fantastic. I and several others were in two seminars over the weekend which discussed some of the things that you did. Comparing all of the training, yours was far superior!” – Juanita Cox, Storey County, Nevada

“Every candidate should attend Chuck’s workshops – if they are interested in winning.” – Todd Taxpayer, Reno, Nevada. 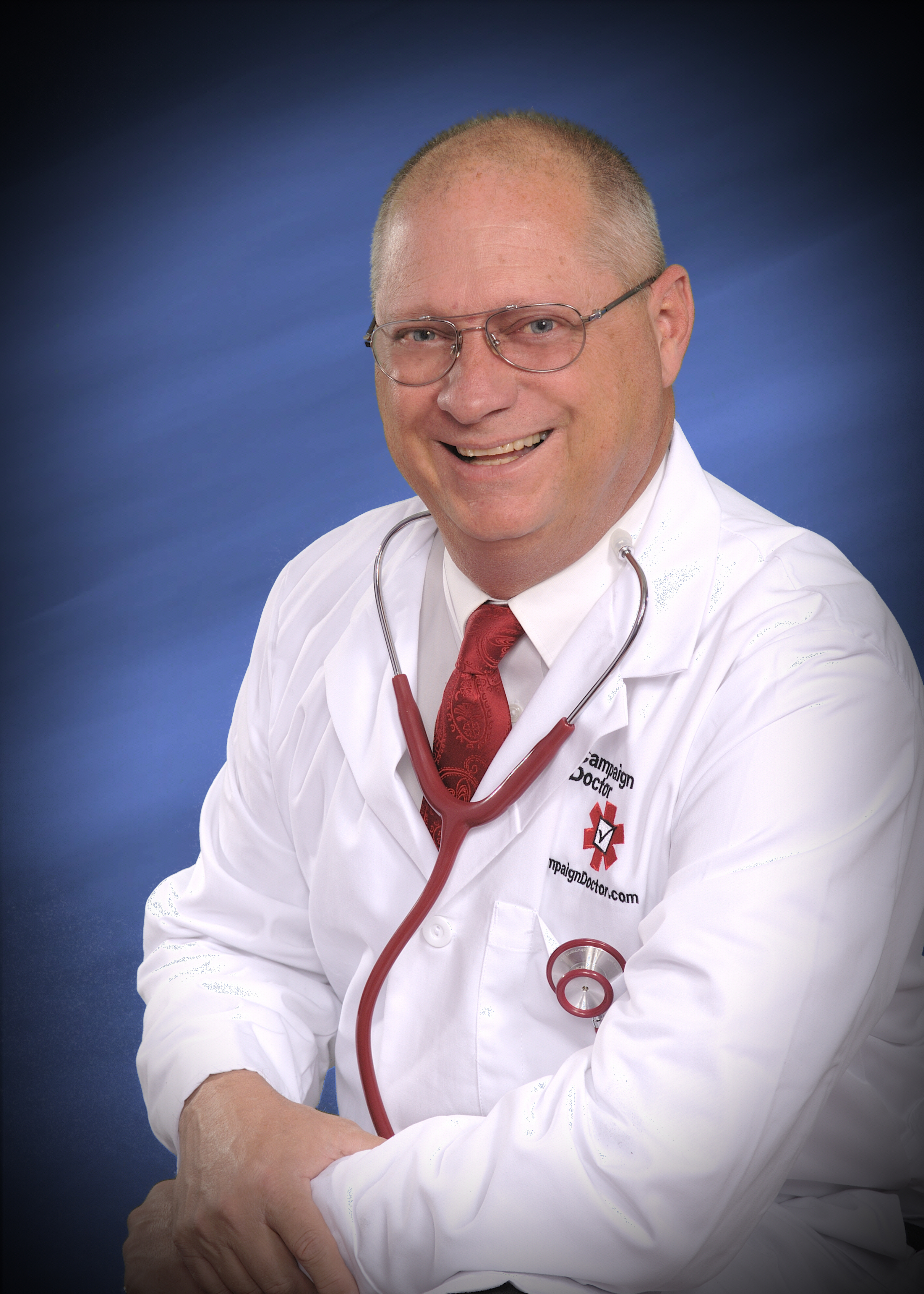 Chuck Muth is the Campaign Doctor.  He’s also president of a non-profit grassroots lobbying organization, Citizen Outreach.  After joining the organization in 2003, Chuck took it from zero to over $1 million in revenue in less than 18 months.

He’s also been blogging since long before the term “blogging” was even invented.  His Muth’s Truths blog is the #1 conservative political/public policy blog in Nevada and his Nevada News & Views newsblog is the #1 portal for other conservative bloggers, commentators, columnists and citizen journalists in the state.

Chuck got his start in politics way back in 1992 when he joined the local Republican Party central committee in Las Vegas.  Three years later he was elected County Party Chairman.  Since then he’s served as Executive Director for the Nevada Republican Party and the American Conservative Union, as well as National Chairman for the Republican Liberty Caucus.

In 1996 Chuck enrolled in and graduated from the Republican National Committee’s Campaign Management College (CMC) in Washington, DC which was, at the time, being run by Newt Gingrich and his top political strategist, Joe Gaylord.

Chuck put his education to work later that year when he ran as a Republican for the State Senate against the Democrat Minority Leader in a district with a 3-1 Democrat voter registration advantage.  Although unsuccessful in that race, he gained invaluable practical experience that has helped him train candidates, party leaders, campaign staff and grassroots activists.