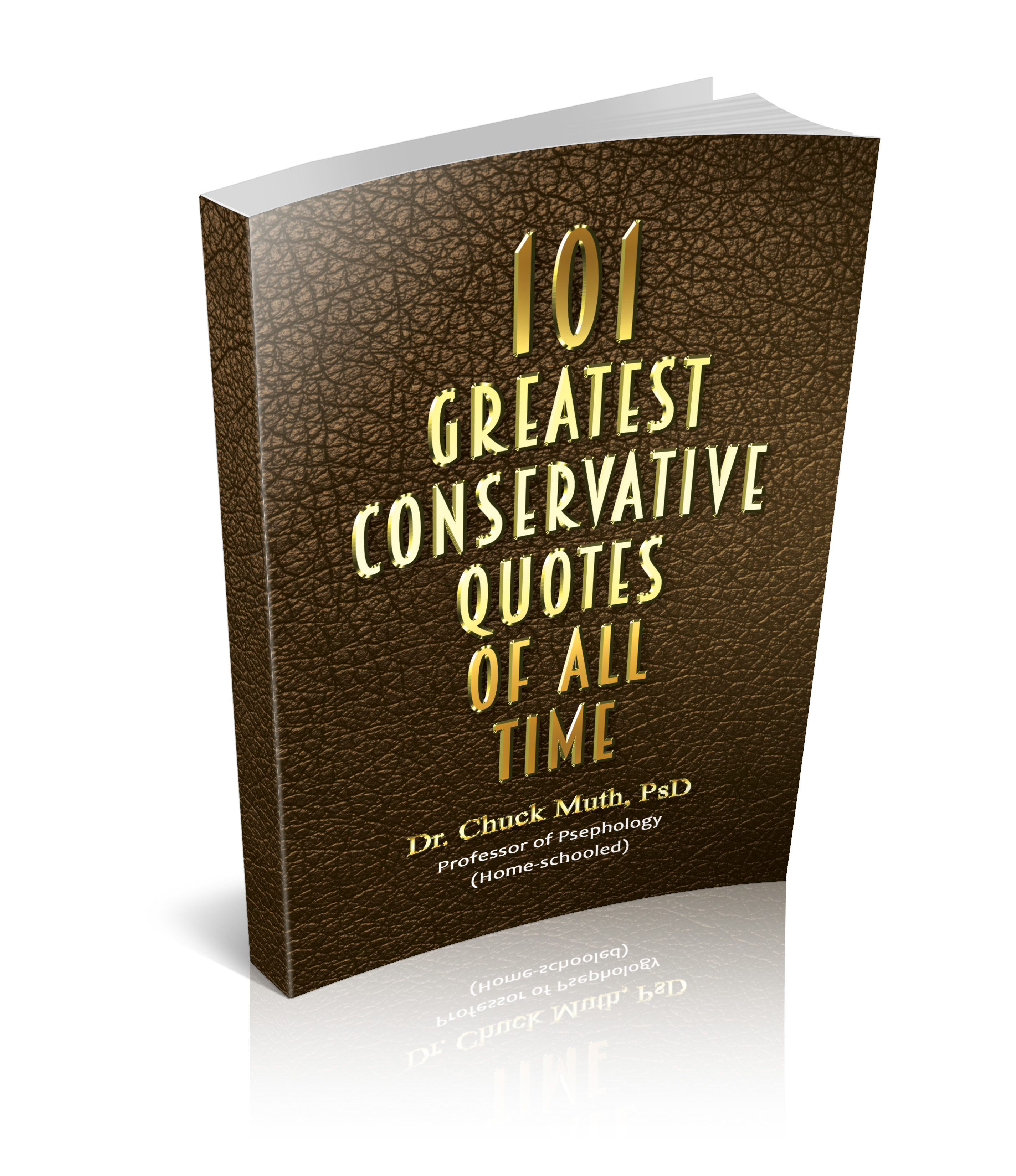 Citizen Outreach Foundation president Chuck Muth is about to release a new book, “101 Greatest Conservative Quotes of All Time.”

“Government, even in its best state, is but a necessary evil; in its worst state, an intolerable one.”

“I might be in favor of national healthcare if it
required all liberals to get their heads examined.”

And, of course, LOTS of quotes from the greatest conservative president of the 20th century – the “Great Communicator” himself, Ronald Reagan.

“Government is like a baby.  An alimentary canal
with a big appetite at one end and
no sense of responsibility at the other.”

“101 Greatest Conservative Quotes of All Time” should be required reading for every student in America and on every family bookshelf.

This beautifully-designed paperback book retails for $14.95.  However…